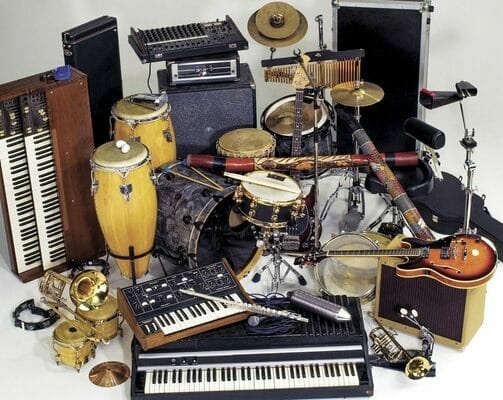 Six headlining acts are slated to perform at the 2022 edition of the Homochitto River Festival planned for this fall, and some changes to the gathering were also publicly announced on Thursday, April 21.

The highly anticipated HRF “Reveal Party,” which is one of the event’s major community fund-raisers, was held at Ridge Point Ranch and was a sell-out affair once again with more than 300 tickets sold.

People from across the region came together to fellowship and hear who would be performing at the October celebration of music and the arts in downtown Meadville.

“We’re extremely excited about this year’s line-up and for the growth that is planned where the festival in concerned,” Meadville Mayor Lane B. Reed said in opening last Thursday’s festivities.

“This year’s festival will take place on Saturday, Oct. 22 and we hope everyone will put this on their calendars.”
Larry Wallace, who serves as the festival’s entertainment chairman, took care of some housekeeping chores before unveiling this year’s headining acts — addressing some of the biggest changes for the event.

“There have been a lot of rumors floating around, especially about having an admission charge to get into the festival,” Wallace said.

“The answer to that is yes ... as part of some changes that will be put into place, and we feel like they are all positive.”

Wallace said festival admission will be set at $10 — and the reason for the fee is for economic development in the area and to help cover the rising costs of entertainment.

“Our goal is to bring in top-quality performers and it takes resources to do that,” he continued.

“Another change for 2022 will involve Second Street (near Sullivan’s Produce and the Wade Creekmore C Spire building), which will become the new home to our enhanced South Stage. The little South Stage in front of the library will be no more.”

The new South Stage will be facing north and Walnut Street between Main and Second will become home to more street-side vendors.

“This will mean that vendors will now go all the way down toward Sullivan’s and Los Parrilleros from the bank,” Wallace went on to say. “We feel like this will help the flow of people between the stages and help them in getting to see all of our vendors.”

He noted that a great deal of planning for this year’s festival centered around beefing up offerings on the South Stage.

Another change will come in offering an intimate concert gathering at the Franklin Chess Center the evening before the festival — on Friday, Oct. 21.

“The idea is to have a musical gathering — with a headliner — at the Franklin Chess Center on Main Street,” Wallace said.

Ellison is the host of the long-running and award-winning MPB radio show, “Grassroots,” and he will conduct an interview with Overstreet to start the evening.

Wallace characterized the event as a one-of-a-kind, behind-the-music concert featuring Overstreet sharing his classic songs and the stories behind them.

“The seating will be arranged so that everyone in attendance will feel an up-close-and-personal atmosphere,” he added. “There will be a limited number of tickets — 110 — and they are on sale for $50 each. And once those tickets are gone, they’re gone.”

Information on the Overstreet concert can be found online at HomochittoRiverFestival.org or on the organization’s Facebook page.

As part of the plans to launch the revamped South Stage, Wallace noted three acts with a rock-n-roll flair will perform at this particular venue.

• Sullivan’s Hollow — a group from the Miss-Lou/Natchez area that is quickly becoming one of the better-known bands that perform in the style of grunge rock.

Franklin County’s own Zac Case is part of the band, which has built a reputation as the “Pioneers of Southern Grunge.”

• Spunk Monkees — a group that got its start in the 1990s, and is well known for its live shows that spotlight high-energy performances and top-quality sounds.

They have toured for 20-plus years, but have not forgotten their roots in Mississippi’s Tupelo area.

The group plays 100 shows per year, and Wallace said efforts have been under way to get them to come to Meadville for the past six years.

Other major headliners slated to play at the festival will include:

• Little Texas — this band was part of the “Young Country” movement of the early 1990s, and made its presence felt with a new, energetic sound.

“Little Texas fused the look and attitude of modern rock music with traditional country themes and styles,” Wallace said in announcing the band. “Their four members are back together and, as a footnote, Tim McGraw used to open for them.”

The band has three Grammy nominations along with eight Top-10 hits, four gold albums, one platinum album and one double-platinum album.

Their accolades also include being named as the ACM Vocal Group of the Year and winning the CMA Album of the Year prize.

• Shenandoah — recognized as one of the greatest country music groups of all time, the band has numerous honors for its musical efforts.

The Grammy Award winning performers have five No. 1 hits along with 15 Top-10 hits and three gold albums.

Shenandoah also was recognized as both the ACM and CMA Vocal Group of the Year.

This year’s official festival poster, designed by Vista Herring, was also unveiled during the event.

“I am thankful for the opportunity to be able to create the 2022 Homochitto River Festival poster,” Herring said.

“The festival keeps getting bigger and I am truly honored to be a part of it.”

She also took the opportunity during the program to sign posters purchased by those at the “Reveal Party.”

Event planners have already opened early-bird registration for vendors wishing to sign-up to take part in this October’s festival.

Booth fees have also been announced:

Vendor booth rental fees are non-refundable with participants asked to maintain and occupy their spaces until at least 5 p.m., the day of the festival.