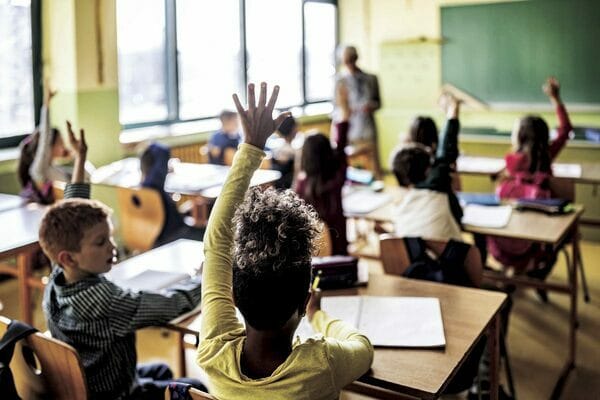 While Franklin County Superintendent of Education Chris Kent said he is not finished with his career, he did publicly announce his future plans in regards to retirement during the monthly school board meeting on Tuesday, Jan. 17.

“I’m not doing anything to get out of education and I am looking forward to continuing my career in it,” he told The Franklin Advocate after the session.

“Financially, for myself and my family — based on how our state’s retirement system works — it’s time for me to begin my retirement. I am going to follow the rules, which will require me to completely pull out of the school district for 90 days.

“My hope — based on what I have shared with the school board and my administrators — is to negotiate with the board during my time away to hopefully return as superintendent on Nov. 1.”

Kent said those familiar with the Public Employees Retirement System will note his plan to “retire” on July 31 is an odd date at face value, but he said the reasoning behind it is sound.

“I wanted to try to pick the best time to be less detrimental to the school district for me to leave,” he continued. “The goal is to keep interruptions to a minimum ... so in July, the district’s budget is approved, the programs for the new school year are paid for and we’re hiring everybody.

“Hopefully, this timetable will allow us to be ready to roll for the 2023-2024 school year — no matter what comes along and everything will be in order.”

Kent indicated the board will look at choosing an interim superintendent to oversee day-to-day operations of the school district following his departure.

“This will give (the board) the time necessary to decide what they want to do in moving forward,” he went on to say.

Kent said he had been looking at his retirement options for the past six months and had prayerfully considered the direction he would take in consultation with his family.

Additionally, he had spoken with board members individually starting roughly three months ago about his intentions to make this retirement announcement.

He further indicated negotiations would be conducted with the board as to his future — with a desire to return as superintendent — once his state-mandated time away has been completed.
“This was not a surprise decision and I have explained my reasoning behind doing it now,” Kent said. “Everyone has been very supportive of me and I appreciate the role my family and the school board have played in making this happen.”

A 33-year veteran educator, Kent spent time in public schools in Jackson and McComb before coming to Franklin County more than two decades ago.

“I’ve been everything from a bus driver to a math teacher and then on to becoming an assistant principal, principal and now superintendent,” he said.

“I think I still have a lot to contribute to education in general and to Franklin County particularly.

“My wife and my children are here and that means I have a lot vested in the well being of the Franklin County School District.”

Kent noted — should the board return him to the superintendent’s position in November — his top priority will be to get the district to where it needs to be academically and for accountability purposes.

“I want us to be where we need to be and that motivates me to want to come back because the work is not completed,” he added.

“Even with this announcement, it is no secret that my main focus continues to be on academics as we were down last year — as a district — in a place we haven’t been in a while.”

Right now, Kent said full attention is being poured into preparing students for state testing that will take place in May.

“We will be looking at those results when they come in and begin planning for next year in making adjustments where they need to be made,” he continued.
“In some areas, we’re already getting back to where we need to be, but there are more things that need to be done.

“Academics has been a hot topic since the start of the school year, and we’ve got some great people working to improve where our district sits in terms of accountability.”

During last week’s school board meeting, representatives from elementary, middle and high school campuses discussed recent testing results and efforts to address critical areas such as mathematics and reading.

“These numbers are really important because — when you think about it — this is the first “normal” school year that we’ve had since the coronavirus pandemic started,” Kent said.

“A lot of what we’ve tried to do since the start of this school year is get our students in the routine of learning as opposed to the last couple of years where they had hybrid and at-home learning protocols due to the illness.”

The superintendent said expectations are certainly higher at all levels and the district has been — and will continue to be — proactive in promoting an atmosphere where learning is top priority and everyone is working together to achieve positive results.