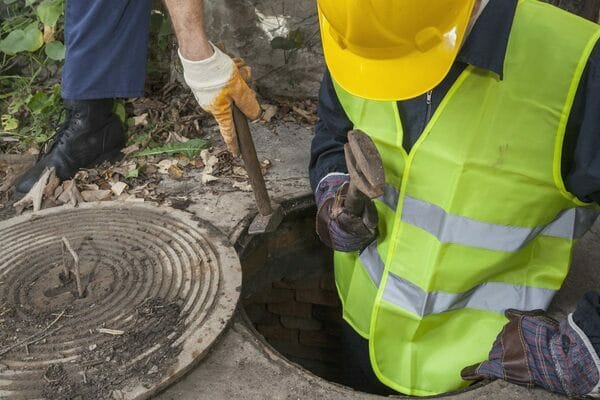 The Franklin County Board of Supervisors voted unanimously on Tuesday, Jan. 17 to allow the Okhissa Sewer Board to apply for a “Municipal and County Wastewater Improvement” grant through the Mississippi Department of Environmental Quality.

The grant would be used to upgrade equipment that needs to be modernized and replaced at the sewer treatment facility with an eye toward expanding capacity as needed in the future.

Former economic developer Joseph S. Dunlap spoke on behalf of the Okhissa Sewer Board at the business session.

“We’re looking at requesting $1,106,050 — a rough estimate which includes contingency and engineering costs,” he said.

“This is something I want you to think about — ‘sewer lagoon’ is becoming a nasty word in Mississippi. A sewer system is a real plus in any county in terms of economic development.

“If you can show you’ve got a sewer system, you’ve got a leg up in pursuing new and expanding businesses, because people in those sectors don’t want to deal with a sewer lagoon. It’s just as simple as that.

“But we’ve got some maintenance needs out there, and you guys are aware of it. The MCWI program comes under MDEQ, and it’s one of those two-for-one programs — if you put a dollar in, they’ll put two in through the federal American Rescue Plan Act.

“What we’re looking at, just based on the estimates that we did, it’s a million-one to do the repairs. Now this is everything from belts to walkways and tanks… just about everything you’d need to get that facility up to operational speed.

“We would have to match it with local ARPA money. We’ve got some ARPA money, but what we’re asking is, is this board willing to commit some of those ARPA dollars to trying to seek the money through the state?

“This is a competitive grant, and everybody and their mama wants a piece of it. I can’t tell you how many have gotten it in the first round, but there’s still money left. I guess the question is, does this board want me to proceed?

“Now, that could impact what (county engineer Mike McKenzie) talked to y’all about in terms of investing in roads and infrastructure because it’s going to draw down some of your money. But the thing is, if we don’t ask for this money, we’re not going to have the chance to get it again.”

If the grant is received, the portion that would need to be matched locally was estimated to be $375,000.

Presently, Franklin County has $1,144,926 in ARPA funds in reserve for projects.

Dunlap also brought up the possibility of requesting additional funds from a state legislative bond bill to go towards this project as well.

Another point brought out by Dunlap was that the sewer system was built with an idea in mind to service the resort and conference center being built through the Scenic Rivers Development Alliance at Lake Okhissa along with picking up households in the region in addition to potentially adding the Franklin County Upper and Lower Elementary schools.

Stolen roads signs were another hot topic during the meeting, with District 4 Supervisor Pat Larkin informing the panel of a recent incident where a hospice worker was unable to find the home of a local resident due to a missing road sign.

The sign in question is one of many that are replaced on a regular basis because they are stolen almost immediately after being installed by county road crews.

“Road signs are paid for out of 9-1-1 funding,” District 5 Supervisor and Board President Jimmie “Bodi” Bass said. “It’s a real safety issue. Those signs are not put up for the general public. They’re put up for 9-1-1 assistance — specifically for law enforcement, fire and EMS. It’s a convenience to everybody else.”

“An ambulance driver might not be from Franklin County, and if he or she can’t find a house, somebody is going to die,” Larkin added.

He also said he recently had his workers spend two days — which could have been spent working on other things — to make sure all of the road signs in District 4 were in place, and, less than a week later, several signs had gone missing.

“It’s our tax dollars they’re stealing,” Bass said. “The vinyl to make those signs isn’t cheap. One roll of it is more than $300, and you’re not going to get but maybe 25 signs out of it.

“I personally make the signs. It’s a never-ending thing. I usually spend the better part of Fridays making signs.”

In other action during the meeting, the board:

• Was reminded once more by Chancery Clerk Jill Jordan Gilbert that the deadline to apply for Mississippi Association of Supervisors’ scholarships is Wednesday, Feb. 1.

Current or retired county employees’ children and grandchildren can qualify for the scholarship, but those of elected officials do not.

• Learned that letters of approval from the Office of State Aid Road Construction were received on two subcontracts and a change request for State Aid Project-19(71) involving Burt Jordan Road.

• Gave approval to reimburse Sheriff’s Deputy Roger Causey in the amount of $60 for embroidery work done by Gigi’s on work shirts.

• Approved paying a $3,563.62 claim to the Mississippi Association of Supervisors’ Insurance Trust for liability coverage on two new garbage trucks.

• Gave approval to a request from Judge Debra Blackwell to raise her court administrator’s salary by $4,000 a year, to be paid by the county.

• Signed a letter of engagement with Certified Public Accountant firm Windham & Lacey PLLC as Norman McLeod, an accountant with that firm, prepares the county’s financial statements for the annual audit undertaken by the State of Mississippi.

• Approved payment of $3,367.52 to Puckett Machinery for work done on a District 5 road grader.

The Board of Supervisors will hold its next regular business meeting at 9 a.m., Monday, Feb. 6 at the Franklin County Courthouse on Main Street in Meadville.