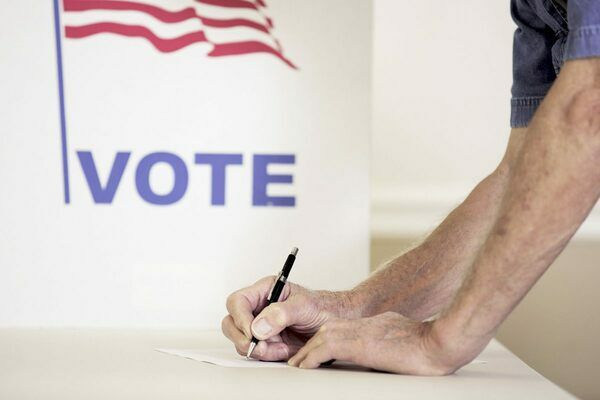 Three additional candidates have filed their intentions to seek elected office in Franklin County, according to Circuit Clerk Warren Walker.

As of Tuesday, Jan. 24, those who have submited required paperwork to run include Lynn Oglesby, who will seek the District 3 Supervisor’s post.

Incumbent Supervisor Mike M. “Dirt” Hunt has already qualified to seek re-election to that seat and another challenger — Eric Gant — will also appear on the ballot.

Additionally, Norris “Jack” Jordan, a fourth candidate, has officially tossed his hat into the ring for the District 5 Supervisor’s race.

Incumbent Jimmie “Bodi” Bass will also seek re-election and challengers Doug Berryhill and Eddie Foster have qualified to run for that post.

The race for Franklin County Tax Assessor-Collector has grown by one candidate as Luther “Luke” Bolin IV has filed to seek that office.
Two candidates have previously registered to run for the position, including incumbent Talina King Matthews and challenger Julie Buckels.

Another contested local race is that of sheriff with incumbent Tom Tindle and challenger Joseph Cothren being the only ones who have qualified thus far.

Several offices have yet to see anyone other than incumbents qualify and those include:

Two other races will appear on ballots in Franklin County — for the District 2 and District 4 election commission seats.

For the third week in a row, no candidate had officially turned in paperwork to seek either post.

The qualification deadline for those seeking local elected office, according to Walker, is 5 p.m., Wednesday, Feb. 1.

Packets for those with party affiliations or independents are available for pick-up in Walker’s office on the first floor of the Franklin County Courthouse during regular office hours.

Those qualifying as either a Republican or Democrat must pay a $100 fee and submit a signed statement of intent.

Those running as an independent will also have to pay a $100 qualification fee with a required petition of signatures from electors in the district or county-wide — depending on the office being sought.

In a district race, an independent must gain no less than 25 voter signatures while those seeking at-large seats in the county will need to garner no less than 50 names on the petition, according to Walker.

The general election is planned for Tuesday, Nov. 7.

The general election voter registration deadline is 5 p.m., Monday, Oct. 9 with all mail-in sign-ups required to be postmarked by Tuesday, Oct. 10.

Candidate filing requirement questions and queries about voter registration can be directed to Walker by calling his office at 601-384-2320.