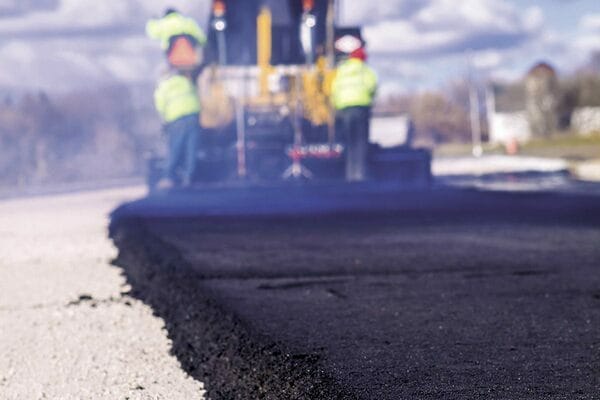 With the Mississippi Legislature in the midst of its 2023 regular session, the Town of Meadville will seek assistance for several infrastructure projects that could be boosted if they become part of a bond bill that might be considered by lawmakers.

Meadville Mayor Lane B. Reed said he had spoken with District 85 state Rep. Jeffery Harness, D-Fayette, recently about funding needs for projects beyond what the municipality could address with its revenues.

“The three things I recommended — probably in this order — were (resurfacing a portion of Union Church) road at the hospital along with First Street (between Edison and Oak streets), which is now home to two businesses, Belle’s Bliss florist shop and G.L. Jones Industrial’s workshop,” Reed said during the town’s Board of Aldermen meeting on Tuesday, Jan. 10.

“The third would include road work in the area of May, Section and Wall streets. Particularly, those portions of May and First streets we are looking at are literally disintegrating and need to be addressed.”

Reed said it remains to be seen if a bond bill — that would be funded by issuing state-level general obligation bonds — will be considered and if Meadville would be included as part of that proposal should it arise.

“Last year, the state made some direct appropriations for projects and there was no bond bill and we’re waiting to see if there will be one during the current session,” the mayor went on to say.

“We’ve submitted what we need the most and will wait to see what happens.”

Reed did not publicly discuss how much money the town was seeking for those improvements.

Another issue addressed during the meeting — for the second month in a row — was the need to replace the town’s broken tractor with a side-arm mower, which is too cost-prohibitive to repair.

“A replacement tractor will run in the neighborhood of $79,000 to $123,000 and that’s pretty significant where we’re concerned,” Reed continued.

“We are in the market for a used tractor and we hope to be able to look at that once we get our existing indebtedness on a sewer lift station paid off sometime this year.

“One goal would be to look at those debt funds we have budgeted to pay a note for a replacement tractor. There really isn’t a lease-purchase out there for a ‘long-arm’ because everybody doesn’t need one as opposed to a backhoe, which has a lot of turnover value.”

Reed said that while he did not have a formal recommendation for action during the meeting, he wanted to keep the tractor at the top of the priority list for aldermen.

One of the main uses for the tractor with mowing attachment is the maintenance of the town’s sewer lagoon property in keeping the grass cut.

In a matter related to the Meadville sewer lagoon, Reed told aldermen that ammonia levels continue to be unusually high at the wastewater facility, which he said was no surprise based on the track record of seeing those numbers spike with regularity.

“Our plan is to meet with the Mississippi Department of Environmental Quality folks to try to look at our options before we have to consider aeration,” Reed said.

Aeration involves the use of mechanical devices to introduce air into the sewage treatment process to mix and oxygenate the liquid, promote microbial growth and lessen ammonia concerns.

On the drinking water front, the town conducted its water well testing recently with generally good findings, according to Alderman Charles Calcote, who took part in the inspection process.

“None of the water wells had sand issues, but the No. 2 well continues to decline in its GPM — gallons per minute — capacity,” Calcote said.

“The No. 1 well is strong and has been our best one and the No. 3 well is also in good shape. There were very few concerns that we will have to address.”

Calcote did note an issue with electrical wiring and an existing rotten pole at the No. 3 well that needed to be addressed because of concerns the well might be impacted should any of that electrical infrastructure fail.

“It has the potential to tear up everything there,” Calcote warned.

Reed said the town needed to take action on the matter to address those concerns.

In other action, the Meadville Board of Aldermen considered these pieces of business during the session:

• Authorized the addition of a budget line item related to depositing municipal fire funds as recommended by the town’s certified public accountant to separate monies received to support the Meadville Fire Department.

• Allowed town attorney Will Halford to take part in an upcoming Mississippi municipal attorney training session.
• Discussed the reapplication for American Recovery Plan Act — ARPA — coronavirus pandemic mitigation funding to assist with town infrastructure projects, which could include the replacement of aging analog water meters with digital units as well as the replacement of old underground pipes between Main Street and the schools.

• Announced the completion of repairs to the municipal tennis courts.

• The fire department reported it had responded to two calls for assistance during the past month.

Additionally, Fire Chief Thomas V. “Bo” Sullivan said repairs would begin soon to a wheel well on the town’s fire truck that was damaged in a tire blowout.

He indicated the repair parts would soon be ordered with installation to take place shortly thereafter.

The next meeting for the Meadville Board of Aldermen is scheduled for 5:30 p.m., Tuesday, Feb. 14 at town hall on Main Street.