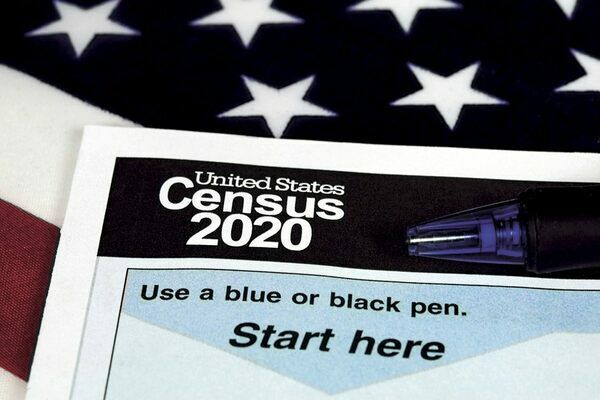 Population calculations from the federal 2020 Census count will necessitate some changes in Bude’s ward boundaries in advance of the next municipal election.

Since September, town leaders have been in consultation with the Starkville-based Golden Triangle Planning and Development District looking for ways to balance voter populations among the town’s four wards in line with established protocols.

Toby Sanford, who serves as Geographic Information Systems director in GTPDD’s Planning Department, said the count of residents found Bude’s population at 780, which is based on totals released by the federal Census agency earlier this year.

“Ideally, if we look at the town’s current population and divided it equally ... each ward would have about 195 residents — taking the total number of people and splitting them into four political districts.

“As of today where deviation is concerned, Ward 1 has 39 people and Ward 2 has 51 people over that ideal number while Ward 3 is 21 under and Ward 4 is 69 under the ideal ... meaning the two latter districts need some people.

“That will require moving some of the town’s district lines to help get us closer to ideal voter counts for each ward.”

Additionally, Sanford has discussed with aldermen the importance of population variances as a part of redistricting efforts.

“The variance is a percentage that shows how far a set of numbers — in this situation, the town’s population — falls outside the ideal population of each district, which, for Bude, is 195 residents,” Sanford went on to say.

“You take the highest percent and the lowest percent and add those together — forgetting the negative number — and your maximum variance is 61.53 percent ... and when anything more than 10 percent is found, redistricting is required.”

Sanford said the town’s ultimate goal is for Wards 1 and 2 to surrender some residents to Wards 3 and 4 to reach a balance that will allow Bude to adhere to federal one man-one vote requirements.

“Redistricting has to be done by Census Blocks, which is made up of geographic boundaries inside your town,” Sanford noted.

“Those can include things like streets, roads and power lines with people inside those blocks counting toward your entire population.

“You get a federal Census every 10 years and these numbers have to be reviewed because populations move and migrate with people coming in and leaving all the time. The boundaries we will look to address will be in place until the next census in 2030.”

Sanford said the process can become complicated because simply moving a Census Block might or might not work in helping reach ideal ward populations.

“Districts are also required to be contiguous (sharing a common border) and you can’t have ‘pieces’ of a district hanging out there,” he added. “It is really a balancing act to adjust boundaries to get the town to as close to the ideal numbers as possible.”

Sanford said it is difficult, but not impossible, to redistrict communities with low populations because even just one person can make the scales for the process to go up or down quickly.

“It’s really a delicate balance in getting to within a less than 10 percent variance in size between your largest and smallest wards,” he pointed out.

That means one or more districts might not exactly hit the ideal population of 195 as long as there is not a more than 10 percent variance in the count.

Sanford said Bude is not in a time crunch with its current redistricting as another municipal election for mayor and aldermen is not scheduled until 2025.

He went on to tell aldermen his agency would create some alternate proposals to consider in future meetings with a goal of also seeking community input through a public hearing before any boundaries are altered and residents are moved to different wards.

“This process won’t be all that bad, and I say that because people are sometimes resistant to change,” Sanford continued. “However, the reality is that we have to make changes because of federal election policies tied to the Census.

“We can make this happen and comply with the law ... it will just take a little work on everybody’s part and we will be able to make changes during the new calendar year.”

Bude’s population, based on state statutes, requires its municipal government to have distinct districts while other incorporated towns in Franklin County — Meadville and Roxie — do not have population totals that necessitate such political lines and their municipal leaders are elected at-large.

Bude’s Board of Aldermen is made up of a mayor and alderman-at-large elected by all residents while representatives in Wards 1 through 4 are chosen by citizens in their respective districts.

The Franklin County Board of Supervisors undertook a similar process earlier this year to redraw boundaries for its five districts with some changes necessitating a number of residents to shift their voting precincts.

Additionally, the Franklin County Board of Education has recently voted to adopt the boundaries approved by supervisors for their representative districts until the 2030 Census is completed.