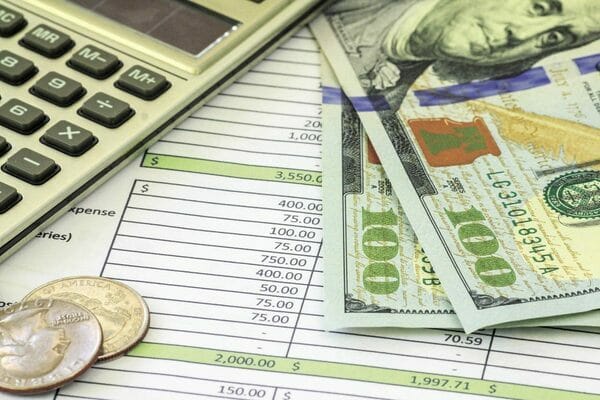 With little fanfare and no taxpayers in attendance to question or comment on its fiscal year 2023 budget proposal, Franklin County’s Board of Supervisors gave final approval on Thursday, Sept. 15 to a lean revenue and spending plan.

The panel’s $13.9 million overall budget, which came together following a series of public meetings during August and untold hours of behind-the-scenes calculations by county staffers, did not call for an increase in ad valorem taxes.

In the end, supervisors kept local millage rates at 116 for another 12-month cycle on a 4-0 vote with District 3 Supervisor Mike “Dirt” Hunt not present for the decision last week.

“We love to get to this point, especially in being able to hold the line on taxes,” Board President and District 5 representative Jimmie “Bodi” Bass said after the budget and tax levy votes were taken.

“This was truly a team effort to balance the interests and needs of the county and being good stewards for the taxpayers in coming up with a budget that would work through a lot of give and take by everyone involved.”

Because of the general “tightness” of the county’s new budget, Bass said he and fellow supervisors will be looking closely at revenue and spending numbers frequently to see where they stand.

“We’ve decided that during the end of March or first of April, this board will pull the general fund budget in and see where we’re at,” Bass added. “That way we know where we’ll be and where the money is going well before we get to the next budget.”

Bass said this proactive approach will hopefully take some of the sting out of future budgeting efforts and help supervisors get a better read on where they can adjust to stay in line with their plans.

Chancery Clerk Jill Jordan Gilbert characterized the budget as a constant work in progress and that “situations” will arise where things like repairs to infrastructure and replacement of broken equipment will be necessary.

“There are some things that you can try to predict and other things that will pop up unexpectedly where spending is concerned,” Gilbert said.

“Some of the things we’ve seen — like air conditioners going out — are just about impossible to predict.”

District 4 Supervisor Pat Larkin also noted after the vote that he and county officials will need to step up their efforts in “beating the bushes” to try to grow the local tax base for the future.

“If we don’t find new taxpaying businesses and industries to go on the rolls, then our only other option to keep the county doing what it needs to do is to go up on taxes, and none of us really want to do that,” Larkin continued.

“The reality is that, like every household we serve, there’s only so much money coming in and we have to live within our means. If the cost of everything keeps going up, then we have to do our best to be creative in building revenue and our best option is to recruit new and expanding businesses.”

Larkin also pointed out the new budget plan adopted last week was not without some pain as agencies had to trim expenses to fit within the county’s revenue narrative.

One example of belt tightening that came up during the budgeting process was cutting plans to hire a full-time sheriff’s deputy, which saved around $60,000.

The county’s assessed valuation grew by $867,486 when compared to the current budget year.