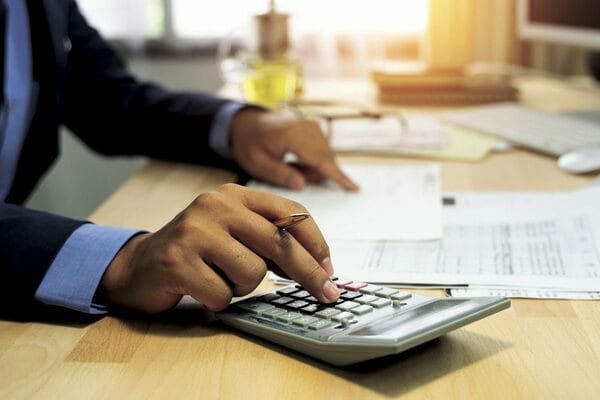 A majority of the Bude Board of Aldermen voted on Thursday, Sept. 15 to adopt the town’s budget for fiscal year 2023 — without raising ad valorem taxes, which had been suggested during planning for the revenue and spending proposal.

Town officials had originally floated the idea of increasing taxes by 5 mills, but that effort was shelved after residents responded negatively to the proposal during an August public hearing.

The total town officials anticipate receiving from all sources other than taxation stood at $206,900 with the municipality having a starting on-hand cash and investment balance of $84,739.

On the expense side, the town anticipates spending a total of $347,135 during the new fiscal year.

Ancillary budget items that were also approved during the meeting included: $5,700 in fire rebate funds; $35,000 for the town’s modernization fund; and $1,500 in ARPA — American Rescue Plan Act — funds.

The town’s water and sewer systems budget anticipates revenues totaling $251,316 along with $7,400 in miscellaneous funding for FY 2023.

The municipal water and sewer operation also had a beginning cash and investment balance of $78,197.

Expenditures were predicted to consume $251,316 — with $110,500 being spent on personnel services while $140,816 will be directed toward consumable supplies, contractual services and capital outlay.

In setting the town’s millage rate, aldermen opted to keep the same ad valorem tax structure for another year.

Bude assesses 34.10 mills in tax to support municipal government — of which 30.5 mills goes to the town’s general fund, .25 mills is earmarked for the fire department and 3.35 mills goes toward a special street fund.

Just before adopting the final budget and tax levy, Mayor Linda Green broached the subject of a cost-of-living pay increase for members of the town’s maintenance staff and court clerk.

“There haven’t been any raises for workers like Jeremy Flowers in five years and Elvia Brown in three years,” Green told the panel.

Board attorney Mary Kathryn Williamson pointed out the budget, as presented, was balanced did not include any pay increases. She suggested the panel look at trimming some things to make room for any compensation increases.

“Somebody will have to make the changes to balance it because this budget has to be adopted tonight,” Williamson said of the proposal.
Griffith said he was skeptical of any pay increase for town maintenance workers as he cited examples of numerous streets with potholes.

Green responded the town had been waiting to take delivery of asphalt that had been ordered for pothole repairs, but had not been delivered.

“We’re being told they can’t get (the asphalt in) so we can’t’ blame our workers for that,” Green went on to say.

Griffith said many of the holes in town streets didn’t just recently happen and had been seen and overlooked for years.

“We’re trying to go backwards instead of going forwards when we do all this arguing,” Kelly interjected as discussions became heated between board members.

Dunmore also used the opportunity to broach the subject of overtime for town workers, noting leaders will eventually have to address that matter from a budgetary standpoint.

After a lengthy discussion and finding the dollars to support the issue, the board settled on a $1 per hour raise for the three town employees effective with the start of the new fiscal year.

In other action to come before the board during the special called meeting, the panel:

• Discussed the purchase of a service contract with Consolidated Pipe and Supply for equipment associated with digital water meter readings.

Williamson said the annual maintenance plan would reportedly cost the town about $1,600 per year, but noted if the equipment failed it would cost in the neighborhood of $7,000 to replace.

The panel voted to approve the service contract.

Officials approved applying for projects such as sanitary sewer collection system improvements north of the railroad tracks and water main replacement on River Road through the state-sanctioned grant program.

The next meeting for the Bude Board of Aldermen is scheduled for 6 p.m., Tuesday, Oct. 4 at town hall and is open to the public.