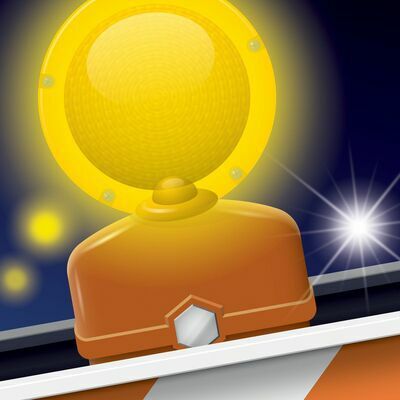 The Franklin County Board of Supervisors addressed two planned road projects on Monday, Nov. 15 — one on Burt Jordan Road and the other on Tennessee Street near Roxie.

Extensive work is slated to start on a major Franklin County thoroughfare — Burt Jordan Road — to address serious erosion concerns and to construct a concrete box culvert that will address drainage matters in the area.

At the Monday, Nov. 15 meeting of the Board of Supervisors, District 4 Supervisor Pat Larkin said the project will take anywhere from six to eight months to complete.

Local traffic along Burt Jordan Road — particularly passenger vehicles — will be redirected onto Sawdust Road and Red Bird Lane as a detour around the construction site.

Those driving 18-wheelers should plan to take Jackson Liberty Drive as an alternate route when traveling between U.S. Highways 84 and 98 between McCall Creek and Smithdale.

According to county engineer Mike McKenzie, an erosion problem on the west bank is threatening the bridge, as well as the driveway of a local resident.

NRCS representatives looked at the issue back in March and approved a project beginning with the bridge and moving north for about 200 feet. The cost of the repair was estimated to be around $130,000.

However, the funding received from NRCS requires a 25 percent local match, which could be provided by either the Town of Roxie or from the county’s bridge and culvert funds.

When the matter was originally taken up, it was undecided who would foot the bill.

During Monday’s session, McKenzie confirmed the Town of Roxie had declined providing the matching funds, due to other infrastructure projects within their corporate limits taking precedence.

“They said that they do have the funds, but they already have them allocated for some other projects they’ve had on board for a lot longer than this,” board attorney Morgan Halford Poore, who also serves as attorney for the Town of Roxie, said.

“This project – not that it’s not a priority – it’s just not a good time.”

“So we have NRCS funding for the site, but somebody’s got to be the local sponsor,” McKenzie said.

“I think I projected (the amount) the local sponsor (would have to pay would be) $25,000 to $30,000. We’ve got a bridge that the west end is being endangered. It’s not endangered yet, but it will be before long.

“It needs to be fixed,” District 1 Supervisor Ronald Hunt said.

The panel voted unanimously to sponsor the matching funds and move ahead with the project while the funding was still available.

In other action, supervisors dealt with these business matters:

• Heard from Tax Assessor-Collector Talina Matthews regarding the need for her office to be included in the process of receiving a 9-1-1 address.

“My office needs to be entered into the equation for getting a 9-1-1 address,” Matthews said.

“There’s too much going on that my office doesn’t know anything about. We have too many people who are escaping taxation because I’m not in the equation.”

To receive a 9-1-1 address locally, those applying have to go through the chancery clerk’s office and then set up a solid waste account and pay for it a year in advance.

Gilbert suggested that once applicants set up their solid waste account, the applications be given to the tax assessor’s office.

Circuit Clerk Warren Walker, who is also over Franklin County’s solid waste services, agreed to do so.

• Accepted the Department of Revenue’s approval of the Land and Personal tax rolls for 2021.

• Approved payments to be made to Fisher Brown Bottrell Insurance in the amounts of $175 for a $50,000 bond on Ciara McGhee, deputy tax assessor-collector and $250 for $50,000 bonds on sheriff deputies Causey, Whetstone and Josh Evans.

The Franklin County Board of Supervisors will hold its next business meeting at 9:30 a.m., Monday, Dec. 6.