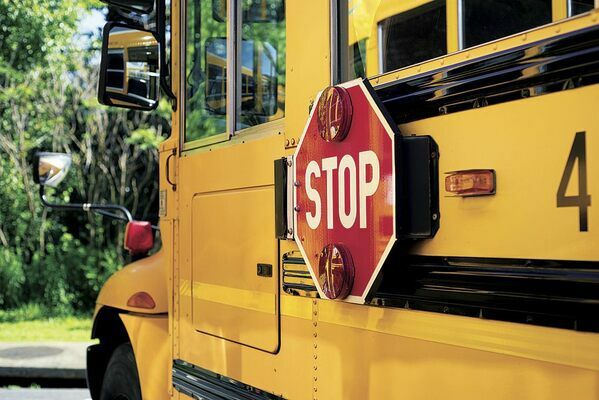 The Franklin County Board of Education, by a 4-0 margin, voted on Tuesday, July 19 to give final approval to its fiscal year 2023 revenue and spending plan and for what would be requested in terms of local tax funding.

“The budget that we presented during the June 28 public hearing is the same,” Franklin County School District Business Manager Tremel Young told the panel. “We are asking for the same amount of ad valorem tax support that we did last year along with new property growth in the amount of $39,936 based on totals we were provided by the tax assessor-collector.”

“This is the same amount we sought previously in fiscal year 2022, plus we are asking for the new property increase, which we can seek on an annual basis,” Young continued.

School officials estimated the value of a general county mill at $64,061.30 and said they would not seek a hike to the 48.77 mills already in place to fund local schools.

In terms of overall revenue sources for FY 2023, Franklin County schools anticipate 28 percent of their funds will come from local coffers while the state will contribute 59 percent, federal funds will make up about 2 percent while other sources contribute about 11 percent toward the FCSD bottom line.

On the expenditure side, the district expects to spend $12,178,988 with those costs associated with areas such as instructional spending, salaries, transportation, contractual services, repairs and utilities, insurance, travel, textbooks and supplies, equipment, fees, debt service and transfers.

District 3 representative Tywana Lee-Reed offered the motion to approve the budget proposal with District 4 member Joyce Calcote giving the second to bring the matter to a vote.

District 5 representative Michael Coleman and District 1 member Gloria Hayes, who also serves as board president, voted in favor of the measure.

District 2 board member Vanessa Walker was not present for the session due to a medical procedure.

In other business, the Franklin County Board of Education considered these actions:

• The board, during a brief executive session, went behind closed doors to discuss the job performance of Superintendent of Education Chris Kent and to consider an increase in compensation for him.

“We looked at his job performance, especially during the COVID-19 pandemic, along with the relationship he has maintained with the board, our lawyer and the community,” Coleman said after the executive session.

“We also looked at the way he has handled the issues and problems that have arisen, and he has done an outstanding job. So, we’re recommending, and I am motioning for increased compensation based on his contract – raising his salary by $6,000.”

Calcote quickly offered a second to the matter on the floor and the measure was adopted by a 4-0 margin.

In supporting the motion, Lee-Reed said she felt Kent was deserving of his job performance evaluation and raise for the leadership he has shown during particularly difficult times and his vision for where the district’s present and future goals are concerned.

Both Calcote and Hayes publicly said they can call on Kent at any time and he is prompt to address their concerns and questions in a professional manner and praised the relationships he has forged in leading the district at all levels.
In response, Kent thanked the board for their positive consideration and noted he was humbled to serve in a capacity to facilitate the education of all area children and be an advocate for learning in Franklin County and beyond.

At the behest of Coleman, the board had placed the funds for Kent’s raise in the FY 2023 budget prior to its adoption because the panel was anticipating a job performance review during the July meeting.

• Heard breakfast and lunches would not be free to all students for the 2022-2023 academic year with families required to submit an application to determine if their children can qualify for free or reduced cost meals during the school term.

Kent noted waivers that had been approved by Congress in the wake of the coronavirus pandemic to cover the costs of meals were not extended meaning the FCSD is back to its traditional paid, reduced or free cost structures.

Those applications are currently available at all school offices, through the FCSD’s Child Nutrition Office and will be made available to students when classes start.

• Took part in a 40-minute internet meeting with Belinda Fields and Will Johnson of the Smith Shellnut Wilson financial advising firm, which is based in Madison and is the largest registered investment adviser in Mississippi, to discuss the district’s existing portfolio and strategies for the future.

FCSD began its relationship with Smith Shellnut and Wilson in 2015 and has about $5.6 million tied to investments to generate long-term revenue for the local school system.

Lengthy discussion included a focus on whether or not the district might further diversify its investment plan to include select municipal bonds in the future.

School district leaders authorized Kent and Young, in conjunction with Smith Shellnut Wilson advisers, to look at all investment potentials toward the end of the year based on rising interest rates necessitated by increases in inflation and possible higher returns and to make subsequent recommendations for action in the near future.

“As is normal with construction projects, there are some change orders,” Kent said.

“The first one involved putting a door between where we’re putting the new office and where the principal and assistant principal’s offices were.

“We encountered two walls with a gap between them and the contractor had to have $450 to cut through the second wall to make the doorway possible and to do some unseen work.

“This cost will come out of contingency money — about $50,000 — we had set aside for things that might come up.

“Another expense involves a cabinet-counter top and desk to be placed in the new office and will run around $6,000 from the contingency money.”

Kent said another potential improvement at FCLE involves exterior doors — replacing the front doors to the school as well as two doors at the end of the building that have rusted due to their exposure to the elements through the years.

Additional work could include changing the hardware — push and pull bars — on all other external doors in the FCLE main building, but Kent said he was awaiting numbers of the overall cost of the door upgrades, which would require board approval.

Kent also cited in severe rain events — similar to what was seen recently — stormwater runoff can enter the FCLE main building via the ramp access.

Work will be undertaken to not only resurface the ramp, but also cut a grated access in the cement to direct water away before it enters the building.

“We’re not saying we’re going to spend all of the contingency, but we are going to try to address as many concerns as we can while we’re working on things,” Kent said.

Board attorney Lane B. Reed recommended a lengthy board order specifying the need for the change orders as auditors will look at all such expenditures in the future when they review the district’s spending practices.

“Also as of June 30, we had received 100 percent of our projected revenues and had spent 95 percent of our expected expenditures,” she told the board.

“Based on funding coming through the state related to FY 2022, I will be bringing the fund balance and budget status reports for your consideration during the August and September board meetings.”

• Authorized collaborative educational agreements between FCSD and Mississippi Action for Progress, which oversees the local Head Start program, and Millcreek of Magee LLC as well as a service agreement with Cintas for janitorial-related supplies.

• Spread upon the minutes of the meeting the salaries for FCSD employees as required by federal and state statutes.

• Altered the recommendation for coaching positions within the FCSD for the 2022-2023 term to include: Brad Calcote as assistant junior varsity football coach; and B.J. Smithhart will assume responsibilities over boys track in conjunction with Jarvis Hunt and will not serve as assistant JV football coach.

No coaching supplements will change based on the recommendation.
• Voted to sell a 1994 Ford Ranger truck, which the district had declared as surplus, to Curtis Smith, who offered $800 for the vehicle.

Several surplus buses were also placed up for bids, but no offers were received by the district.

The next meeting for the Franklin County Board of Education will be held at 4:30 p.m., Tuesday, Aug. 16 in the offices of the Superintendent of Education on First Street in Meadville. The session is open to the public.