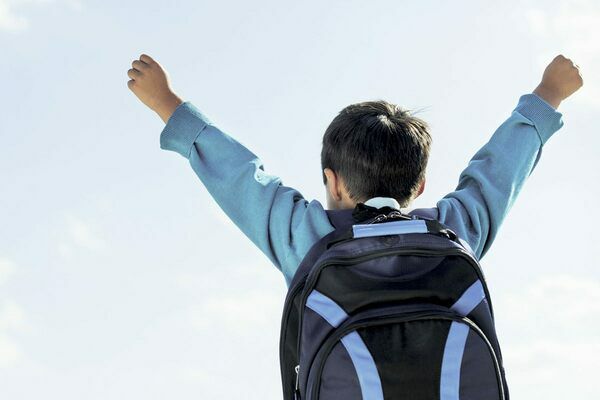 One hundred forty three backpacks were distributed at no cost to Franklin County families on Monday, July 25 to help area children prepare for the start of the new school year, which is set for Friday, Aug. 5.

The outreach, which was supported through the Mississippi Shine Project in conjunction with the Bude Police Department and Bude Community Foundation, has helped defray some of the costs of going back to classes for hundreds of Franklin Countians for the past several years.

Darren Colenberg Sr., a community health worker with Jefferson Comprehensive Health Center and the Mississippi Shine Project, said the program seeks to address basic needs with each backpack filled with school supplies such as pencils and tablets.

“The overall Mississippi Shine program looks to deal with poverty and healthcare concerns in 21 Mississippi counties — including Franklin,” Colenberg said. “Helping children get ready for school takes a lot of pressure off parents and places the focus where it needs to be ... on education.”

In his ninth year with the organization, Colenberg said the program hosts a wide range of distribution efforts in its service territory — including items like bottled water, sweet potatoes and watermelons along with hosting a farmers’ market to promote a healthy diet among those the agency serves.

“There’s a major emphasis through the Mississippi Shine Project to address issues such as hypertension and glucose concerns — major contributors to heart disease and other health issues that are certainly prevalent in our state,” he continued.

“Our outreach, which is supported through federal funds, fills a need in our service territory that stretches to include locations from Crystal Springs to Wilkinson County and from Rolling Fork to Sharkey and Issaquena counties.”

“There is a great deal of need in our community, and getting children the tools they must have to go back to school is very important,” Brown said.

“This kind of distribution is a big help to families — especially with more than one child — by helping limit their total expenses tied to school supplies.”

Bude Police Chief Reggie Cain, who helped sort backpacks during the event, said his agency was proud to support the give-away that helps make things a little easier for those facing tight budgets.

“We’ve been involved with this for a couple of years and see the need that’s out there,” Cain continued. “So many people come up to us and say thanks for doing this because they would have a hard time otherwise getting what their children need for school.”