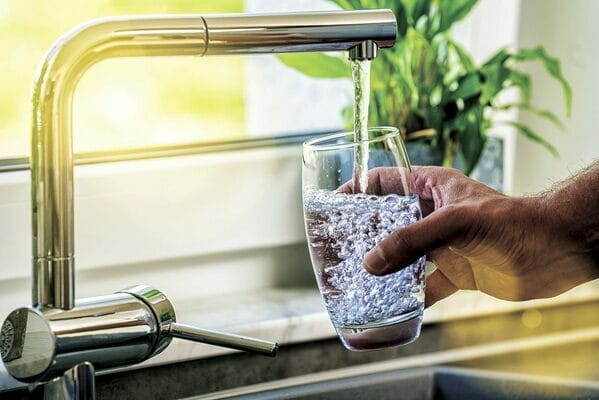 A devastating lightning strike in early July caused significant damage — costing more than $3,000 — to the Town of Meadville’s water supply pump house, Mayor Lane B. Reed told the municipality’s board of aldermen during their business meeting held Tuesday, July 12.

“The electrical set-up at the building was damaged and Alderman Charles Calcote stepped in along with (Public Works Director) Howard Williams and Entergy Mississippi to begin the recovery process,” Reed said.

“Fortunately, we were able to get things repaired, but it took a considerable amount of time and work.”

There was no indication as to exactly when the lightning struck, but Entergy reported five of its electrical fuses in the area had been blown, and the town’s water pump motors and associated equipment sustained damage along with electrical breakers and switches inside the pump house.

“It was an absolute mess, but could have been a lot worse in the end,” Calcote said in discussing the extent of damages.

“We worked with Entergy pretty much all day to try to get the electrical service back up. We stayed at the pump house from 8:30 a.m. to after 9 p.m., before we could get water flowing again.”

Reed said the town was going to submit a damage claim from the storm to its insurance carrier with the municipality having a $500 deductible tied to its coverage.

Additionally during the meeting, aldermen discussed the Mississippi Legislature’s approval of a measure — House Bill 1163 — that mandates municipalities and counties issue a building permit to contractors regardless of whether or not the jurisdiction has construction codes effective on July 1.

“We do not have to police it and there is no penalty if we don’t do it, but (lawmakers) are telling us we shall do it,” Reed said in regards to the recently enacted statute.

“That makes little sense to me because we haven’t dealt with zoning issues here since the 1980s.”

The mayor said the town was following the lead of the Franklin County Board of Supervisors, which has recently enacted the state’s newest measure, with the town — similar to what the county is doing — charging contractors a $100 fee for this permit.

Based on the new law, municipal attorney Will Halford said contractors will have to purchase that permit to work within the town, with that legal documentation being made available through town hall as soon as the details of the measure are fully worked out and put into place.

Reed said an official ordinance related to the matter will be drafted and reviewed at a future date by the town’s elected leaders.

In other business to come before the panel, aldermen took these actions:

• Due to involvement with federal funding in its request for American Rescue Plan Act — also known as ARPA — support for the potential purchase and installation of digital residential and commercial water meters in Meadville, aldermen voted to advertise for a request for proposals — referred to as an RFP — for an engineering representative to oversee the infrastructure project.

“This is an important part of the process for the town to actually make application to use these funds,” Reed said.

“The town’s leadership has already said digital water meters are something we want to work toward. We’re looking at a 2-to-1 situation with federal sources picking up two-thirds of the cost with the remainder coming from the town.”

• Discussed the situation involving a crushed stormwater drainage pipe in proximity to Oak and Second streets with Reed characterizing the matter as a project that the town needs to address as soon as possible.

While an estimate for the cost of the drainage work was not available during last week’s meeting, the mayor said the matter would likely return to the agenda during a special called session or during the board’s August meeting at the latest.

Indications were that the stormwater drainage pipe would be re-routed and the municipality would likely have to obtain no fewer than three easements from adjacent property owners to allow the work to proceed.

• Authorized a pay requisition and close-out documents to complete the Main and Oak streets paving project in downtown Meadville paid for through the Small Municipalities and Limited Population Counties grant program.

• In reviewing statutes, Reed said the town has not been charging retail businesses that sell tobacco products within its corporate limits a tax allowed by the state and voted to do so.

“It is a portion of their state privilege tax — about another $50 annually for those who sell tobacco,” he continued.
The board asked Halford to draft an order in regards to the tax that would allow for the collection to proceed.

• Reed noted the town is continuing to seek financial assistance through the Mississippi Emergency Management Agency in purchasing a generator to provide back-up power to its No. 3 water well.

• Focused on the town’s infrastructure indebtedness as of June 30 with $6,746.50 remaining on a Mississippi Department of Environmental Quality sewer loan and $64,821.41 left to be paid on a United States Department of Agriculture water tank loan.