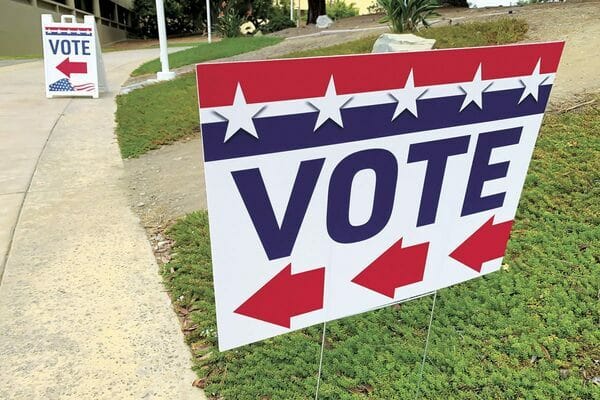 “It was pretty much in line with what we anticipated,” Franklin County Circuit Clerk Warren Walker said. “Turnout is typically limited when there are no county races on the ballot.”

Of the county’s 5,739 registered voters on the poll books, 1,190 residents took part in the primaries — a turnout of 20.74 percent at the 14 local election precincts, according to information provided by Walker’s office.

Throughout the Second District where Democrats were concerned, Thompson outstripped Kerner by a 49,126 (96.3 percent) to 1,891 (3.7 percent) margin with almost 99 percent of all votes reported as of Monday, June 13.

Thompson, Mississippi’s lone Democrat in the House of Representatives, has been in Congress since winning that seat in 1993.

Following redistricting efforts earlier this year by the state Legislature, the Second Congressional District encompasses most of western Mississippi from Tennessee to Louisiana and includes all of Franklin County.

In the Republican race, voters will return to the polls on Tuesday, June 28 to choose between Brian Flowers and Ronald Eller in a party runoff.

Stanford Johnson finished as a distant fourth in Franklin County with 15 votes (2.38 percent).

These totals include almost 99 percent of all votes reported as of Monday, June 13.

Republican absentee balloting is under way through the Circuit Clerk’s office — in the Franklin County Courthouse on Main Street in Meadville — between 8 a.m. and 5 p.m., Monday through Friday.

Additionally, the clerk’s office will be open from 8 a.m. to noon on Saturday, June 18 and Saturday, June 25 (the final day) for voters to cast absentee ballots.

The winner between Flowers and Eller will go on to face Thompson in the Tuesday, Nov. 8 general election.

Judicial races for chancery and circuit courts and the state’s Court of Appeals will also appear on the Tuesday, Nov. 8 general election ballot.

For information on the upcoming Republican runoff election or casting an absentee ballot, call Walker’s office at 601-384-2320.