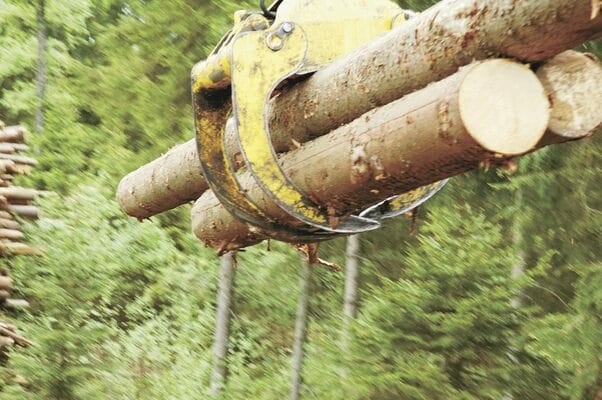 The Bude Board of Aldermen welcomed a new business to town on Tuesday, May 3 by unanimously authorizing an initial 20-year lease to River Ridge Forest Products LLC for municipally owned industrial property near the historic downtown business district.

The announcement came early during the panel’s monthly business meeting in which the lease — with an automatic 20-year renewal beyond the initial terms of the contract — was authorized on a simple voice vote.

The lease of the former lumber mill site in Bude was praised by Mayor Linda Green, who hailed the decision by River Ridge to locate here as a great day for the community and county.

“We could not be happier in welcoming River Ridge to Bude and for the economic impact it will bring to this entire area,” she continued. “Our hope has been to see this property being utilized by a private-sector business willing to come to our town and give us a chance to show what we have to offer.”

The town’s terms with the business was for a $3,000 per year lease payment for use of the site.

Charles E. Webb Jr., of Conroe, Texas, and who was in attendance at the meeting to represent River Ridge, said his company’s immediate focus will be in getting the wood products business operational and creating jobs in Franklin County.

“We are really excited about coming here and want to be part of this community,” Webb said. “I have been in business all of my life and had a big operation in Texas and a couple in Mississippi. This will be a good move for us.”

Plans informally announced by the company call for the erection of a 30,000-square-foot building in the near future with more development on the site as the business grows.

Also in attendance at the meeting, Franklin County District 4 Supervisor Pat Larkin said he, too, was thrilled to learn of River Ridge’s decision to settle in this area.

“Our quality of life depends on bringing new business ventures to the county, and we feel like River Ridge will be a valuable part of our business community,” Larkin noted.

“Having them here is another positive for Franklin County as a whole. Success breeds success, and we are committed to doing what it takes to show this area is open for business growth and expansion.”

Larkin said he and fellow supervisors will be working with the town and River Ridge to foster the growth and expansion of the new tenant in the months and years to come.

In talking with aldermen during last week’s public meeting, Webb said the old lumber mill site has a lot of trash from years of neglect and asked the town’s leaders if there was a possibility in getting some help in cleaning up the location.

“If you go by there, you can see it needs cleaning up,” he continued. “I was wondering if you have equipment like dump trucks or if you could help clean it up in some way ... not the whole thing, but especially where we’re going to operate.”

Webb also talked about a need for privacy fencing between the industrial site and nearby homes, and asked the town to look at what it could legally do to help with this request as the municipality will serve in a landlord capacity for the location.

Green said she and the board were appreciative to Webb and River Ridge for looking favorably on Bude as the place to do business.

In other action during the session, Bude aldermen:

• Approved a payment request totaling $7,330 from Dungan Engineering for the firm’s work related to a Community Development Block Grant for wastewater infrastructure in Bude.

This was the third in a series of pay requests that town leaders have considered since the CDBG funding was awarded to the municipality.

Green said the project, which has just been released for bids, will include the replacement of roughly 1,500 feet of gravitational sewer mains along Railroad Avenue.

Bids, which aldermen officially voted to seek during last week’s meeting, are scheduled to be opened at 3:30 p.m., on Tuesday, June 14 at Bude Town Hall.

The measure to pay the town’s engineer of record was adopted by a 4-1 margin with the lone dissenting vote cast by Alderman James Griffin, who wanted to get an update on the effort before making the allocation.

Green said additional time beyond the traditional work day has been necessary in dealing with computer software that deals with monthly water and sewer billings to customers.

“There has been a lot of hands-on work that the clerk’s office has had to deal with, and they need to be paid for their efforts,” the mayor went on to say.

• Tabled action on an issue raised by Alderman Griffin related to a sewer tap concern at a residence located at 115 D Street.

He noted two neighboring houses had been connected to the town’s wastewater system via one sewer tap, but changes involving the connection were made effectively cutting off one of the structures.

Griffin was seeking clarification as to whether the homeowner, who was no longer tied into the sewer system via the old tap, would have to purchase a new tap under current town policies.

Town leaders said additional research and an opinion from the municipal attorney would likely be in order to address Griffin’s concerns.

• During public participation at the meeting, representatives of Sweet Home Church questioned their monthly water billing and noted what they are being charged does not correspond with the number of services held at the facility.

Gatherings are held on the first and third Sundays of each month and Bible classes every Wednesday night — about 10 hours during a typical 30-day cycle.

Town officials said they would review digital meter data from the church to determine how and when such volumes of water are being used and would report back on their findings.

After a lengthy discussion related to that particular bill, Green suggested Anderson meet with town officials to address her concerns in a one-on-one session at town hall after the meeting.

• Adopted the town’s claims docket for May as well as the payroll for municipal employees for April.

The next business session for the Bude Board of Aldermen will be held at 6 p.m., Tuesday, June 7 at town hall on Railroad Avenue.

Those wanting to address the board must request to be placed on the agenda no later than Thursday, June 2.