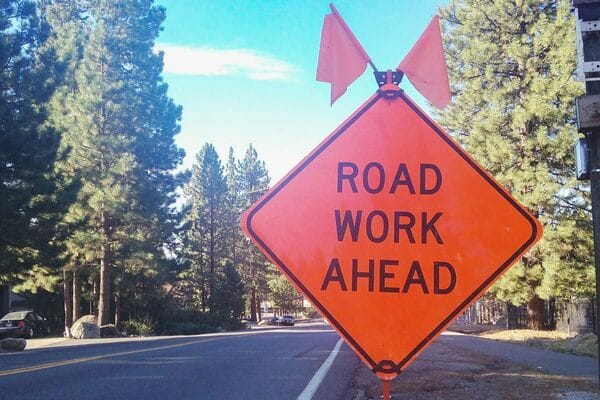 To say April was a busy month for the Town of Meadville — with two major back-to-back infrastructure projects — might truly be an understatement.
Mayor Lane B. Reed noted the first project, which started on Monday, April 18, was an overhaul of the main sewer line along Fourth Street between Meadville Convalescent Home and Franklin County High School.

The effort, which had been discussed for some time by municipal leaders, was finally approved by the Meadville Board of Aldermen on Tuesday, March 8 when the panel accepted a low bid — totaling $80,450 — from Anding Construction of Brookhaven.

The scope of work also included the replacement of two existing manholes based on Reed’s recommendation due to those structures’ age and concerns regarding their integrity.

The cost of the project is being covered by funding received through the federal coronavirus-related American Rescue Plan Act and the town’s internet sales tax collections.

Reed characterized the work as one of the town’s top priorities due to the condition of the existing pipe that served eastern portions of the municipality.

“This was one of the oldest sections of sewer lines in the town,” the mayor previously noted in addressing the project.

With the pipes and manholes in place, remaining work will involve repairing cuts in the asphalt necessitated by the project.

No formal timetable has been announced by town leaders as to when the road surface might be repaired.

In the meantime, motorists are urged to drive slowly and cautiously through the affected area as rocks have been placed to backfill holes in the road.

Another significant undertaking was the resurfacing of two blocks along Main Street and two blocks of Oak Street.

This effort was funded through the state’s Small Municipalities and Limited Populations Counties Grant provided to the town through the Mississippi Development Authority.

The purpose of the funds is to assist small towns — below a population of 10,000 residents — and small counties — with less than 30,000 people — in promoting economic growth through the improvement of public infrastructure and facilities.

Reed noted the amount of the SMLPC grant is typically capped at $150,000 per jurisdiction with the town responsible for providing certain matching dollars.

The mayor added besides being a main artery through Meadville’s business district, Main Street is also home to the annual Homochitto River Festival, which draws thousands for a day-long celebration of music and the arts in October.

Both Main and Oak streets were milled to remove old asphalt before the new surface was applied.

The effort also involved repaving angle and parallel parking spaces along the two streets on the north and east sides of the Franklin County Courthouse and fronting businesses on both thoroughfares.

The entire scope of work took five days to complete with new asphalt being laid on Thursday and Friday of last week.

At press time, striping of the roads and downtown parking spaces had not been completed.