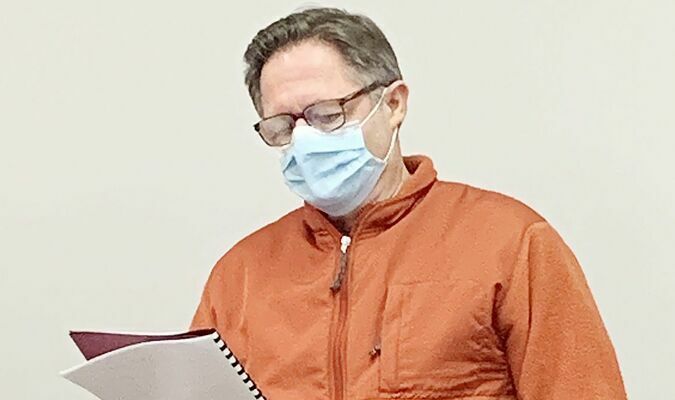 The Town of Bude’s bottom line during fiscal year 2021 — which ran from Oct. 1, 2020, to Sept. 30, 2021 — proved to have more positives than negatives as Certified Public Accountant Bernell McGehee delivered a compilation of financial statements during the Board of Aldermen meeting held Tuesday, Jan. 4.

“Because Bude is a small town, you have opted to do a compilation of the financial statements — as opposed to a full-scale audit — and it is much cheaper that way,” McGehee said. “We do have to perform an audit on what the state has in the way of financial requirements as part of this process.”

McGehee spent the better part of 20 minutes going through specifics in the 12-page document for the five-member panel, which unanimously accepted the presentation.

“You had an increase in your cash, especially in your reserves — totaling $318,927 — with much of that coming from COVID-19 relief funding from the federal government,” McGehee added.

“At any rate, you will have to decide what to do with that money, and I suspect you will wind up moving most of that to the water and sewer fund because you are pretty limited in what you can spend these funds on.”

McGehee indicated the town’s commitment to purchase and replace water meters — at a cost of about $175,000 — played a role in the liability increase.

In regards to town revenues, Bude saw a general hike in its overall income with the exception of two areas:

“For the last two years, we’ve seen a decline in ad valorem tax collections in the town, and that is not a position you want to find yourselves in,” McGehee said.

Revenues that were up in FY ‘21 included:

Expenses were up by $51,750 when compared with the previous budget year, including $40,264 in general government costs and $8,599 for public safety.

That number was an improvement of $200,446 (with some restricted funds included) when compared with the fund balance from 12 months earlier.

“This is not exactly what I would call ‘whoopee’ money that you can go out and have a party with,” McGehee said. “Much of this money has restrictions and will come down to how you can legally spend those dollars based on governmental guidelines.”

“This is another situation where you really don’t want to be losing money and need to try to break even each year,” McGehee said of the bottom line for the town’s water and sewer fund.

On the schedule of Bude’s capital assets, the town’s ending balance was $3,297,874 for the fiscal year.

The report also included a cash reconciliation of the town’s bank accounts through United Mississippi Bank and Bank of Franklin totaling $586,565 with no irregularities found.