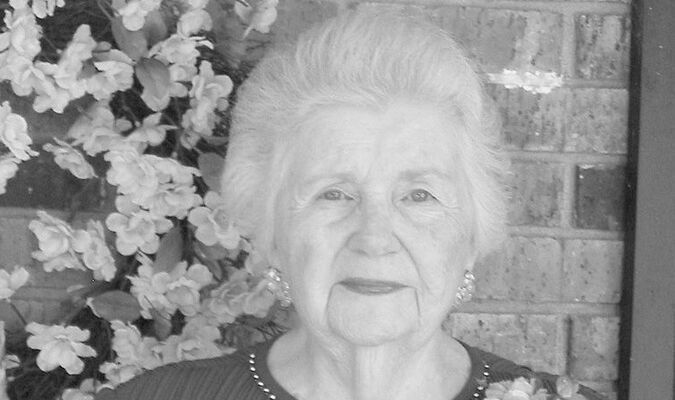 Interment followed in the church cemetery beside her beloved husband and daughter who preceded her in death.

Visitation was held from 9 a.m., until the time of service on Saturday, Jan. 1 at the church.

Mrs. Ham, who was a member of Mount Olive Baptist Church and who was a devoted Bible student in teaching junior and adult Sunday School classes for more than 60 years, was born to William Lee Bowlin Jr., and Rettie Mae Jernigan Bowlin on Jan. 10, 1930, in Winnsboro, La., and passed away Wednesday, Dec. 29, 2021.

She was raised in Franklin County and attended primer through high school in Meadville, earned an associate of arts degree at Southwest Mississippi Junior College and received a bachelor of science degree in social and rehabilitation services.

Her desire was for every sinner to repent, believe and receive Jesus Christ as their Savior and Lord.

She taught piano and theory for 35 years as well as serving as a church pianist, and leaves a legacy of faith, education, music, southern charm and perseverance.

Hilda was married to Willie Ham of Jayess for more than 34 years. They raised their three daughters in Natchez.

They built their retirement home in Franklin County where she grew up on part of her grandfather’s estate. Life back in the country was a dream come true.

Hilda lived to see seven generations from her grandparents down to her great-great grandchildren.

She was known as Ga-Ga since the birth of her first grandchild in 1969.

She was a devoted wife, mother, grandmother, great grandmother and great-great grandmother who will be missed by many who knew her and whose lives she influenced.
Hilda remained active in her church and community until the end of her life.

In her 90s, she crocheted a wedding afghan for her great-granddaughters and 40 baby afghans for future great-great grandchildren, plus more than 100 crocheted pillows for family and friends.

Her joy was to see others blessed.

Online condolences can be shared at www.sharkeyfuneralhome.com

Sharkey Funeral Home of Summit was in charge of arrangements.