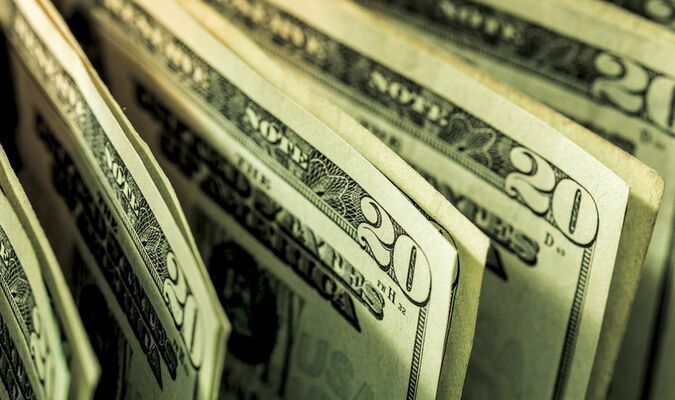 Christmas came just a tad early — in the form of several sources of federal funding — for the Franklin County School District.

During the Tuesday, Dec. 21 monthly business meeting for the county school board, Superintendent of Education Chris Kent sought approval from the panel to add incoming funds to the district’s financial tally sheet.

ESSER — an acronym for Elementary and Secondary School Emergency Relief — funds were allocated by Congress to help local school jurisdictions mitigate the financial impacts of the coronavirus pandemic.

The third round of ESSER funding was applied for by the district in September to help address issues like learning losses for students tied to the pandemic as well as supporting new and existing instructional programs and campus infrastructure improvements.

“Along with that, we’re paying employees who performed duties during the spring and early summer of 2020 — at the onset of the coronavirus pandemic — $1,000 stipends and we need to get these measures approved.”

School board attorney Lane B. Reed interjected a very detailed written board order would be required to spell out such approval — notably the payment of the stipend — to meet legal requirements should the action be reviewed or called into question at a future date.

“Your approval will lean heavily on the federal guidance we have received in this matter,” Reed said.

The matter of the stipend was discussed in detail back in September with Kent saying the FCSD had employees putting food on buses, putting together learning packets and a lot of people coming to work despite the fact schools were closed due to COVID-19.

Kent recommended giving those individuals — based on time sheets and documentation from principals — a $1,000 payment for their efforts during what he called a “trying time.”

Also in September, Reed added such employee payments, which are traditionally not done in educational circles, had been green-lighted at the federal and state levels with the ESSER III funding.

During last Tuesday’s session, District 5 board member Michael Coleman questioned the final price tag for the stipend payment with Kent saying the amount was $204,431.

“That takes into account everything on top of the actual stipend — things like the payment into retirement,” Kent noted. “One hundred and sixty-three school district employees will be eligible for the one-time payout.”

The superintendent said other districts across the state had taken similar action through their ESSER III allocations.

He added local school employees eligible for the payout were thrilled to learn they would be getting the money, and saw the move as “the right thing to do for those who stuck their necks out for the system.”

The measure passed by a 4-0 margin with District 3 representative Tywana G. Lee-Reed not present for the meeting due to a recent surgical procedure.

Kent also asked the panel to approve the addition of the FY22 Consolidated Federal Programs funding to the district’s budget.

“Some of these numbers were actually higher, and we were glad to see that,” Kent said in making the recommendation to accept the funding.

Additionally, Kent went on to say Franklin County Upper Elementary received a third-year school improvement grant — including the salary for a teaching unit and tutors — in the amount of $48,800.

Other incoming dollars included $128,000 to provide for an additional school nurse position — previously funded through ESSER support — for another two years and $20,000 through the MCOPS grant to support the district’s school resource-law enforcement officers.

The MCOPS program provides a state contribution of up to $10,000 per officer’s position for a one-year period and is matched with local funds.

The panel again voted 4-0 in adding all those funds to the district’s budget outline.

In other action during the session, the school board:

• Returned a school trust lands performance bond of J.W. Priest and Sons Logging Co., in the amount of $10,000 following the harvesting of timber on district property in Section 27.

• Authorized a pair of district fund-raisers — archery camp-shooting events to be held January through March to benefit the district’s archery team and a winter formal to be held at the Armory building on Saturday, Feb. 5 to benefit the Franklin County High School Beta Club.

The next business meeting for the board is slated for 4:30 p.m., Tuesday, Jan. 18 in the Superintendent’s Office in Meadville.