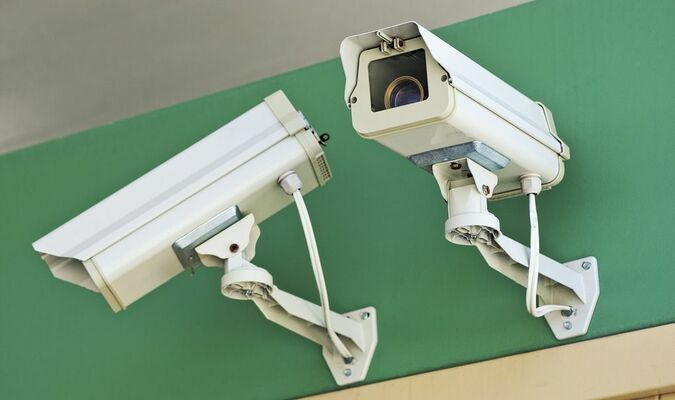 The Franklin County Board of Supervisors revisited the topic of placing additional security cameras at the entrances of the courthouse at its meeting held Monday, Dec. 20.

Sheriff Tom Tindle broached the subject during a previous business session held earlier in the month, informing the panel that the front offices of the courthouse could use an extra layer of security.

Barclay Security was hired to place one indoor camera and two outdoor cameras at the courthouse, with the cost of the cameras plus installation sitting at $1,701.

“This is what we talked about a little bit at the 9-1-1 meeting,” Board President Jimmie “Bodi” Bass said.

Officials noted the cameras will serve several purposes — being an added layer of security in public areas of the building and will provide recordings of activities as people come and go about their business.

“Having security cameras in place provides an unwavering eye on what happens each day so we can do a better job of making certain citizens are safe and this building is protected,” Tindle said.

“Cameras are more and more the norm in public places ... I would rather have them and never need them than be wishing we had them in place if it could have prevented something from happening.”
In other action to come before the panel, supervisors:

• Received a letter regarding the annual State Aid road inspection that said most roads were designated to be in good shape, but the shoulders on several thoroughfares were in need of attention.

Additionally, the letter said brick mailboxes as well as other mailboxes deemed to be hazardous to motorists needed to be removed from State Aid rights- of-way.

“Any brick, concrete posts, etc., that could cause damage to vehicles, (are) not permitted and must be removed as soon as possible,” Chancery Clerk Jill Jordan Gilbert said in regards to letters supervisors sent out to the owners of such potentially dangerous mailboxes.

“If the mailbox in question causes damage to life or property, the owner of the mailbox will be held personally liable for any damages, injury or death. All mailboxes must be breakaway posts and not permanently positioned in the ground.”

• Approved payment in the amount of $3,250 to Dozer Inc. for hauling and unloading old bridge slabs from Middleton Creek Bridge to the District 5 barn.

• Renewed a general professional services agreement with WGK Engineers — the county’s engineering firm of record — for 2022.

• Gave approval to pay $620 to Malone Roofing for repairing damages to the roof at Franklin County Memorial Hospital.

• Went into an executive session at the request of board attorney Bill Halford to discuss pending legal matters.

The Franklin County Courthouse and county offices will be closed on Friday, Dec. 31 in observance of the New Year’s Day holiday.

The next regularly scheduled meeting of the board will be held at 9 a.m., Monday, Jan. 3 on the first floor of the Franklin County Courthouse.